So there's this fanart piece I have been working on for MONTHS. I think it might have started about a year ago when I started playing Mass Effect. And finished it very shortly after. In any case, I fell in love with one particular character, and sketched him a bit in my sketchbook. Got a thumbnail I wanted to work on at some point. 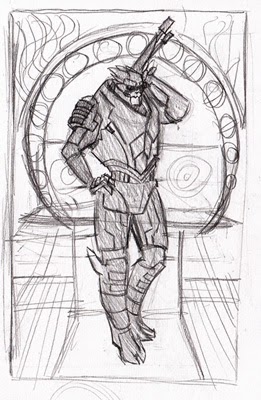 Left it alone, did other things, didn't come back to it until weeks or months later. Which pretty much defines the whole process of this particular illustration. Working on it a bit/a lot, forgetting it, coming back to it. Eventually, many months later, it got finished though =) I am just happy I pushed through. Here are a few steps: 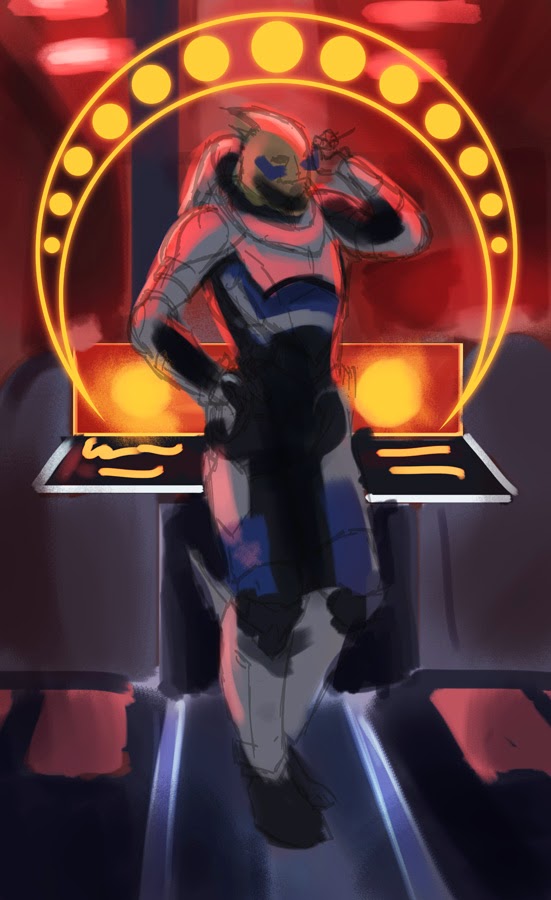 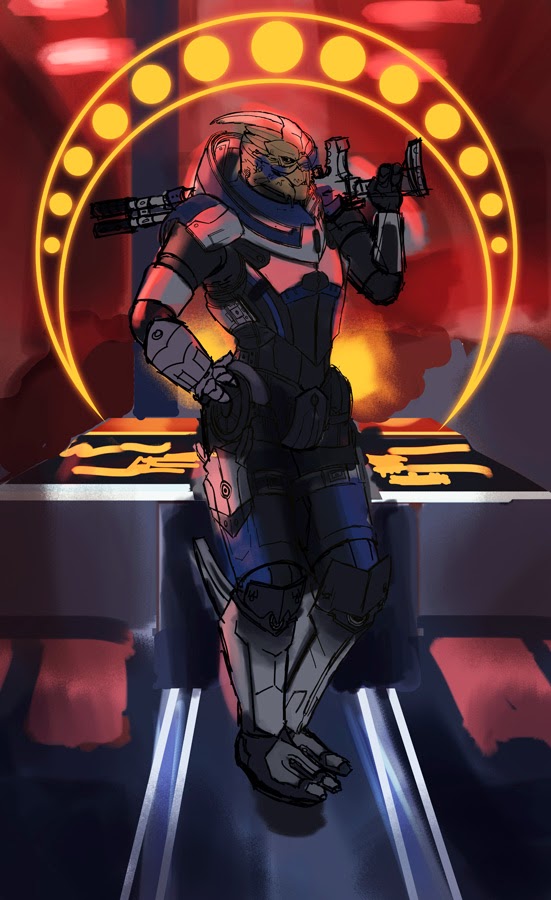 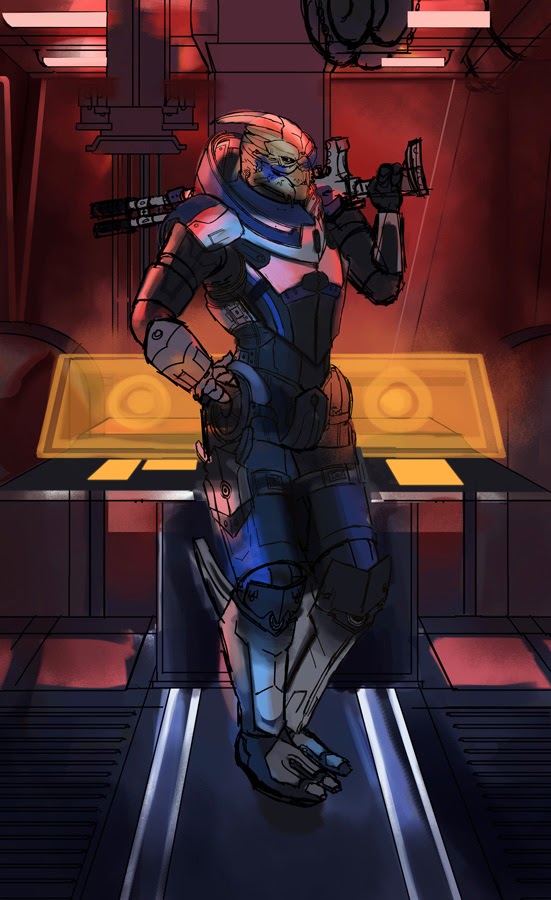 It changed somewhat along the way. And the final. I hope you like it: 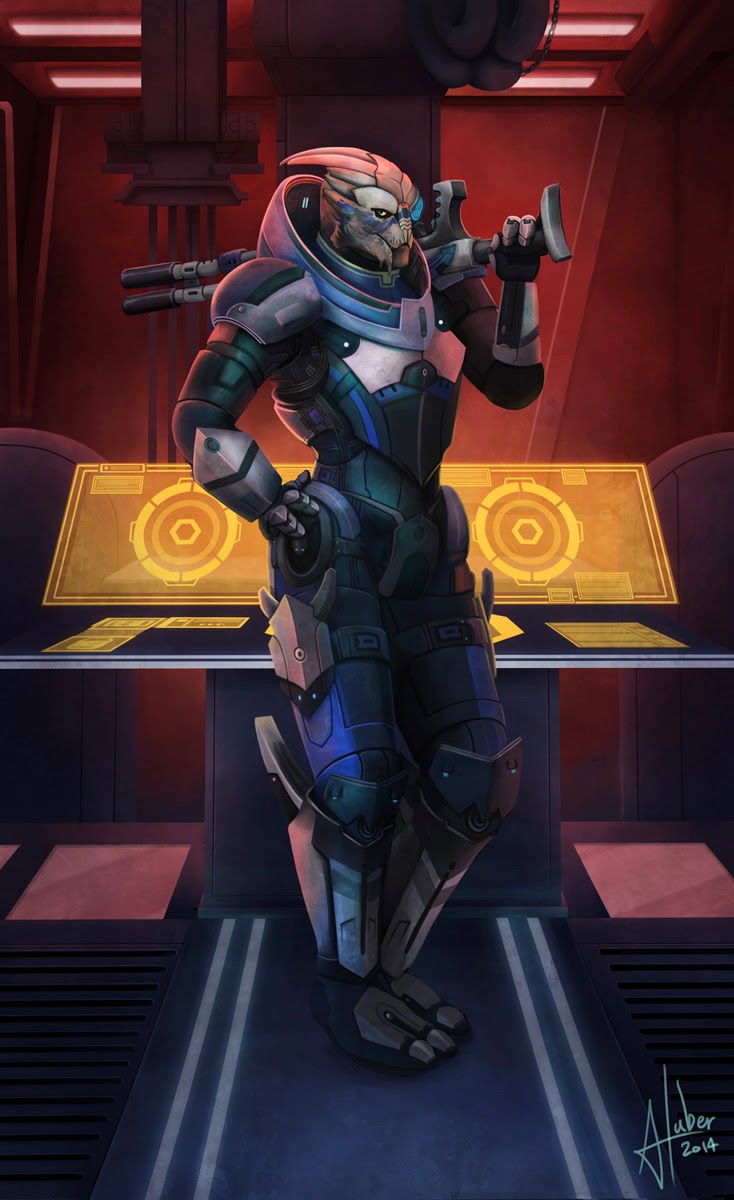