I started doing ATC recently (Artist Trading Cards). For those who don't know, these tiny cards (2.5x3.5) are eagerly traded and collected amongst some artists.  I really enjoy them, they're a great way for me to practice various traditional materials without feeling like I'm wasting materials. I have even been doing some exchanges. Once I'm more used to the format, I might even make a few originals for sale.

Here is my personal favorite so far: 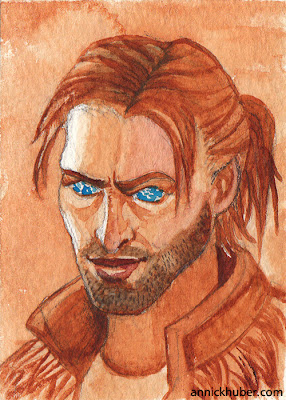 Anyway, if any of my visitors is interested leave me a message or an e-mail, maybe we could do a trade :)
Posted by Annick Huber at 7:17 PM No comments:

I have had a very interesting past week! First I was able to attend an amazing talk and demo by James Gurney at my former college, and then I was featured in a show in Atlanta.

For those who don't know (where have you been hiding?!) James Gurney is an amazing illustrator who is most famous for writing and illustrating the books 'Dinotopia', has received multiple awards and holds an amazing blog which is incredibly instructive for all artists. The name of the blog is Gurney Journey and can be visited here.

Anyway, here are some photos of James Gurney's demo in which he showed us his method for sketching in watercolor and watercolor pencils: 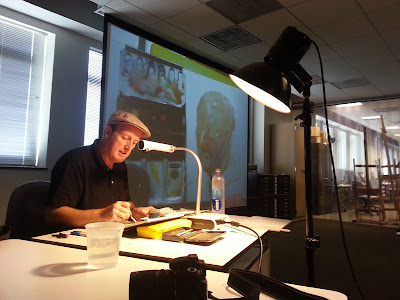 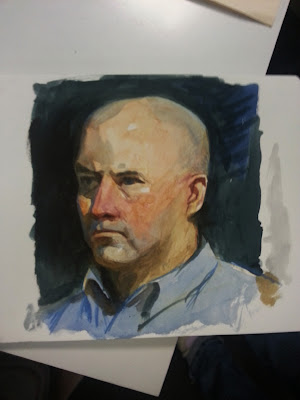 I also sketched him as he was working. He agreed to sigh my sketch at the end of the demo!:

And here are some photos from my show: 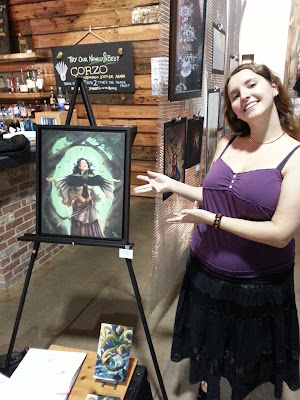 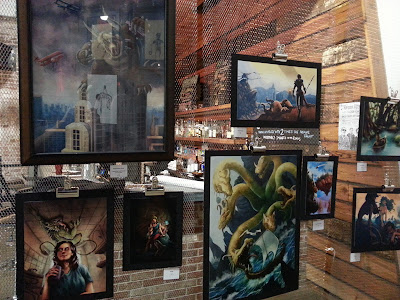 I enjoyed the show a lot. I brought my sketchbooks, and for me the most interesting part was watching people flip through them. It was interesting, I would have thought that they would just look through them quickly but instead they looked carefully at every single page. I guess I didn't realize there was so much to look at.
Posted by Annick Huber at 6:30 PM No comments:

An old illustration recently reworked and published for the first time: 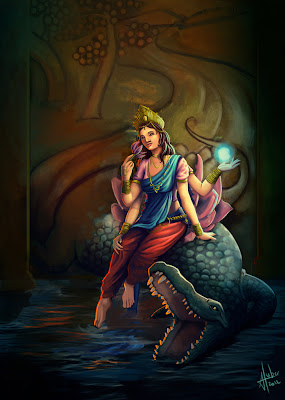 It's a personification of the Indian river Ganga, who's mount is a crocodile. I kind of like it, but I think no one else really cares for it... It's somewhat weird how artists respond differently to their own work than other people, and makes judging our own work so hard.

Posted by Annick Huber at 10:21 PM No comments:

I have been living in Atlanta for a few years now, but this year I went to DragonCon for the first time! Previous year different circumstances prevented me from doing so, and I am glad to say it was an amazing experience. I'm only posting about it now, as I enjoyed the week to digest the event.

I attended a lot of panels, mainly in the artist and the video gaming category. I got to meet various interesting people and had two amazing portfolio reviews, one by Andrew Silver, who is one of Riot's splash artists (and I will simply call him Jayce, as he was the model for that particular champion and everyone had a blast out of that), and Dan Dos Santos which is one of the most amazing fantasy oil painters around. Both offered me great, helpful critique.

I am sure no one is overly interested in my personal experience there, so I will directly jump into the pictures: 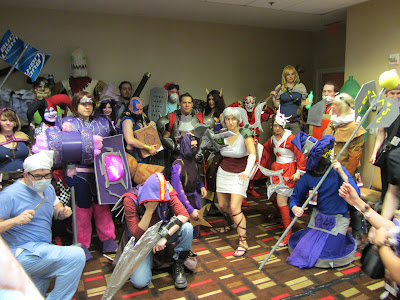 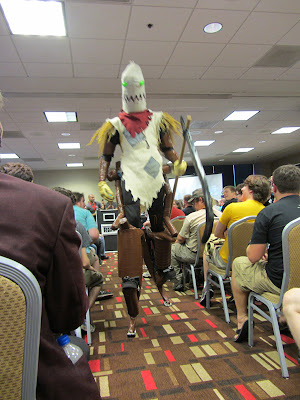 More League of Legends. Fiddlesticks! This guys was huge, he was walking on something to make himself bigger, it was impressive.

Alistair from DragonAge! This made me so happy! He's one of my favorite characters ever created, and touched me in a way few have. Also, his romance arc was very well written.
This was during a panel on sex in videogames, which had more to do with sexism in videogames than anything, and was held by the person who wrote Alistair's (amongst others) romance arc. It made me so very happy, as being a girl gamer, it's a subject which I'm inevitably affected by. 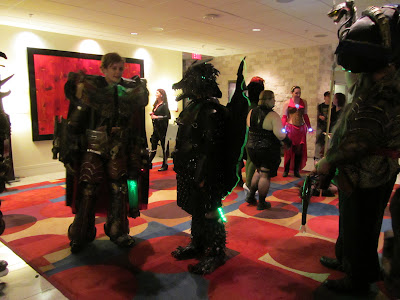 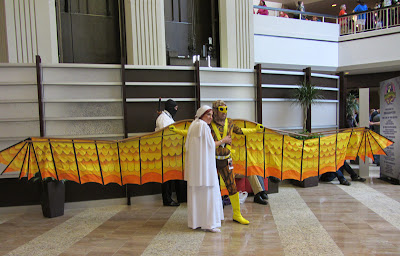 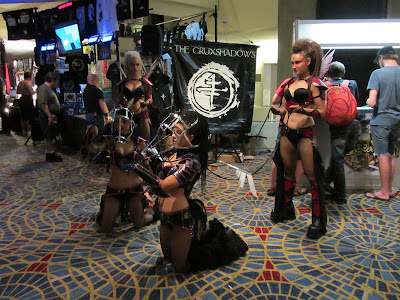 And some sketches from life drawing sessions at DragonCon: 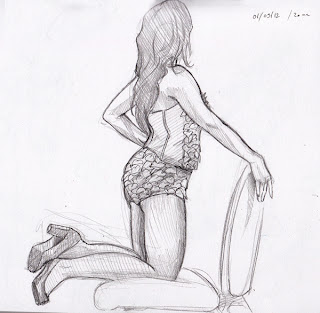 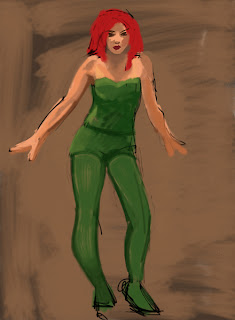 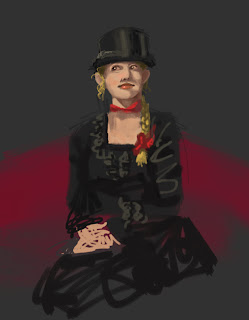 The colored ones were made on my iPad using ProCreate. I'm a bit too slow with it compared to with a pencil, but being able to capture colors without having to set up and paint is invaluable.

It was amazing, and I really hope I will be able to attend again next year.

Posted by Annick Huber at 2:19 PM No comments: